The Ferrari Roma, the new mid-front-engined 2+ coupé of the Prancing Horse, features refined proportions and timeless design combined with unparalleled performance and handling. With its distinctive flair and style, the car is a contemporary representation of the carefree, pleasurable way of life that characterised Rome in the 1950s and ‘60s.

The new formal approach to the interior led to the creation of two driver and passenger safety cells, an evolution of the Dual Cockpit concept. Surfaces and functions are organically distributed in the cockpit, which is defined by elements that unfold seamlessly around the concept and perception of space. Unlike Ferrari sports cars, typically built around the figure of the driver, the cockpit of the F169 has an almost symmetrical structure. This makes for a more organic distribution of space and functions, so that the passenger feels extremely involved in the driving.

The Ferrari Roma sports a V8 turbo engine that punches out 620 cv at 7,500 rpm, making it the most powerful in its segment. A member of the V8 family that has won the International Engine of the Year four years in a row, it features Variable Boost Management for instantaneous throttle response. With the adoption of Gasoline Particulate Filters, meticulous attention was also focused on the sound of the exhaust system which has been completely redesigned, removing the silencers and introducing new bypass valves. 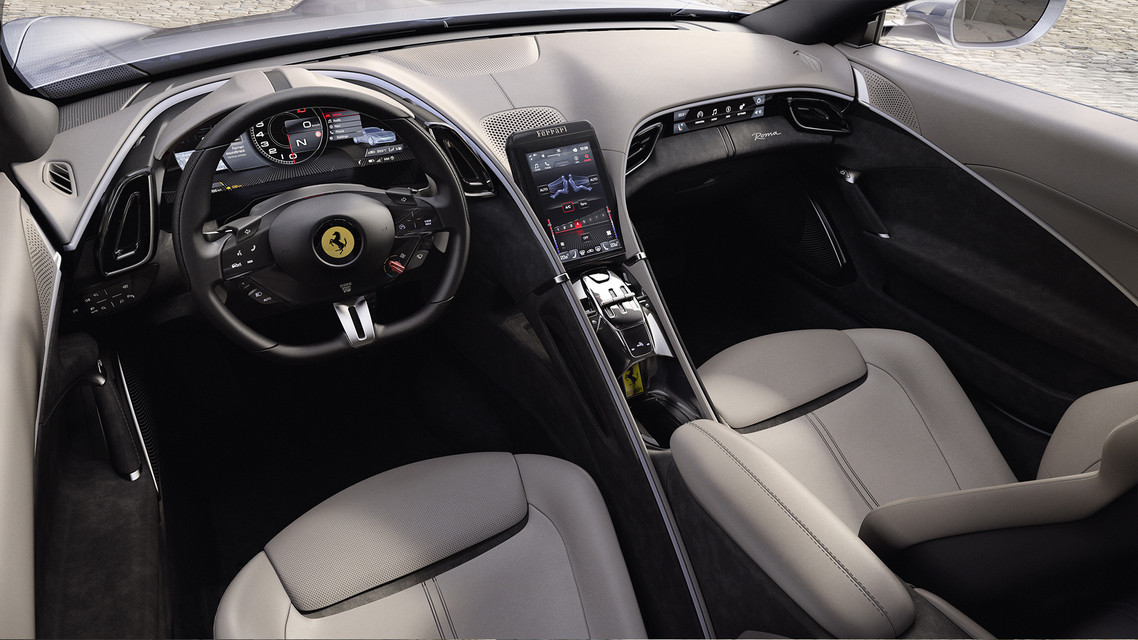 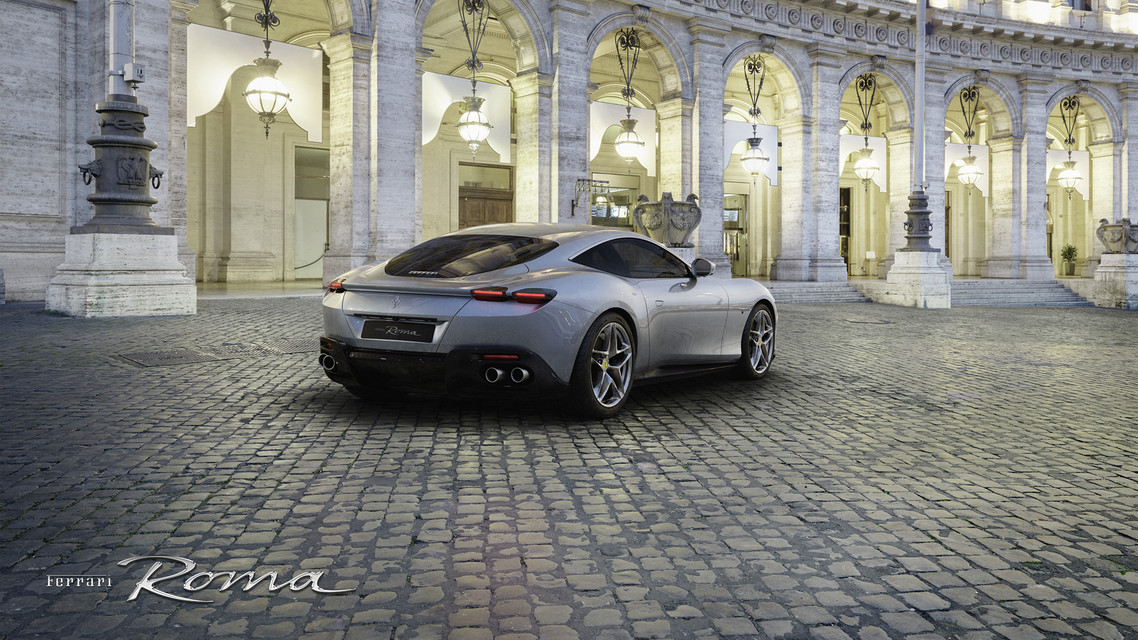