The Ferrari F8 Tributo is the new mid-rear-engined sports car that represents the highest expression of the Prancing Horse’s classic two-seater berlinetta. It is a car with unique characteristics and, as its name implies, is an homage to the most powerful V8 in Ferrari history.

With a massive 720 cv and a record specific power output of 185 cv/l, it is the most powerful V8 ever to be mounted in a non-special series Ferrari, achieving new heights not just for turbos, but for engines across the board.

The rear of the car has also been strongly influenced by the car’s new styling. Aside from the rear screen, the spoiler has been entirely redesigned. It is now larger and wraps around the tail lights, visually lowering the car’s centre of gravity and allowing a return to the classic twin light cluster and body-coloured tail, another signature of the early 8-cylinder berlinettas like the very first in the legendary series, the 308 GTB. To achieve their goal of making the car’s impressive performance easy to access and use, Ferrari’s engineers worked on integrating engine and aerodynamics performance with the latest iteration of the vehicle dynamics control systems.The Side Slip Control system, which improves drivers’ control on the limit for even more engaging involvement, has been further evolved. The transition from version 6.0 to 6.1 reflects the fact that the Ferrari Dynamic Enhancer system now also activates in the manettino RACE (FDE+) position.

The cockpit retains the classic, driver-oriented look typical of Ferrari’s mid-rear-engined berlinettas. Every element of the dash, door panels and tunnel has been completely redesigned specifically for the car. The F8 Tributo also boasts a new generation steering wheel and steering wheel-mounted controls as well as new styling on the standard seats. 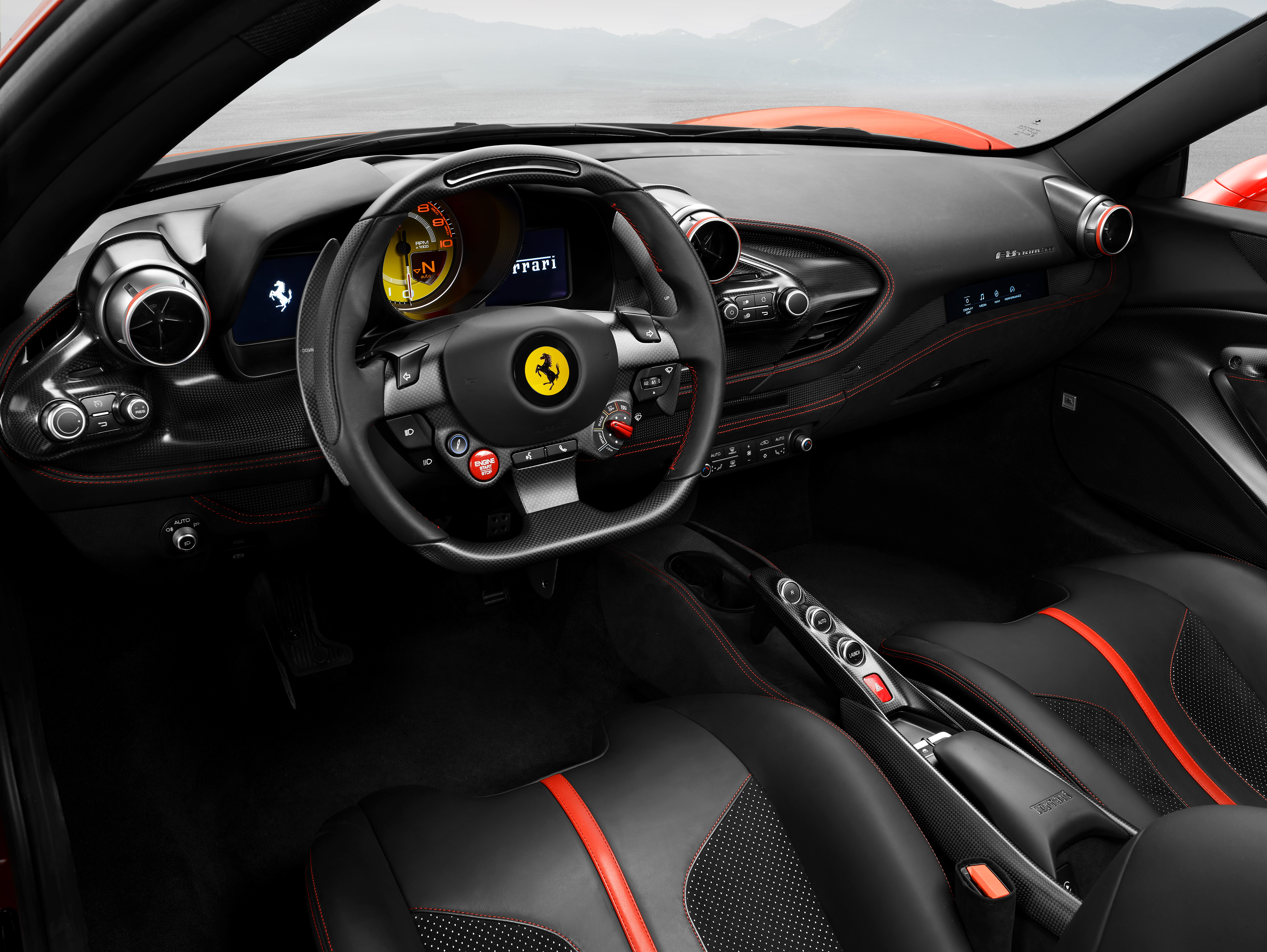 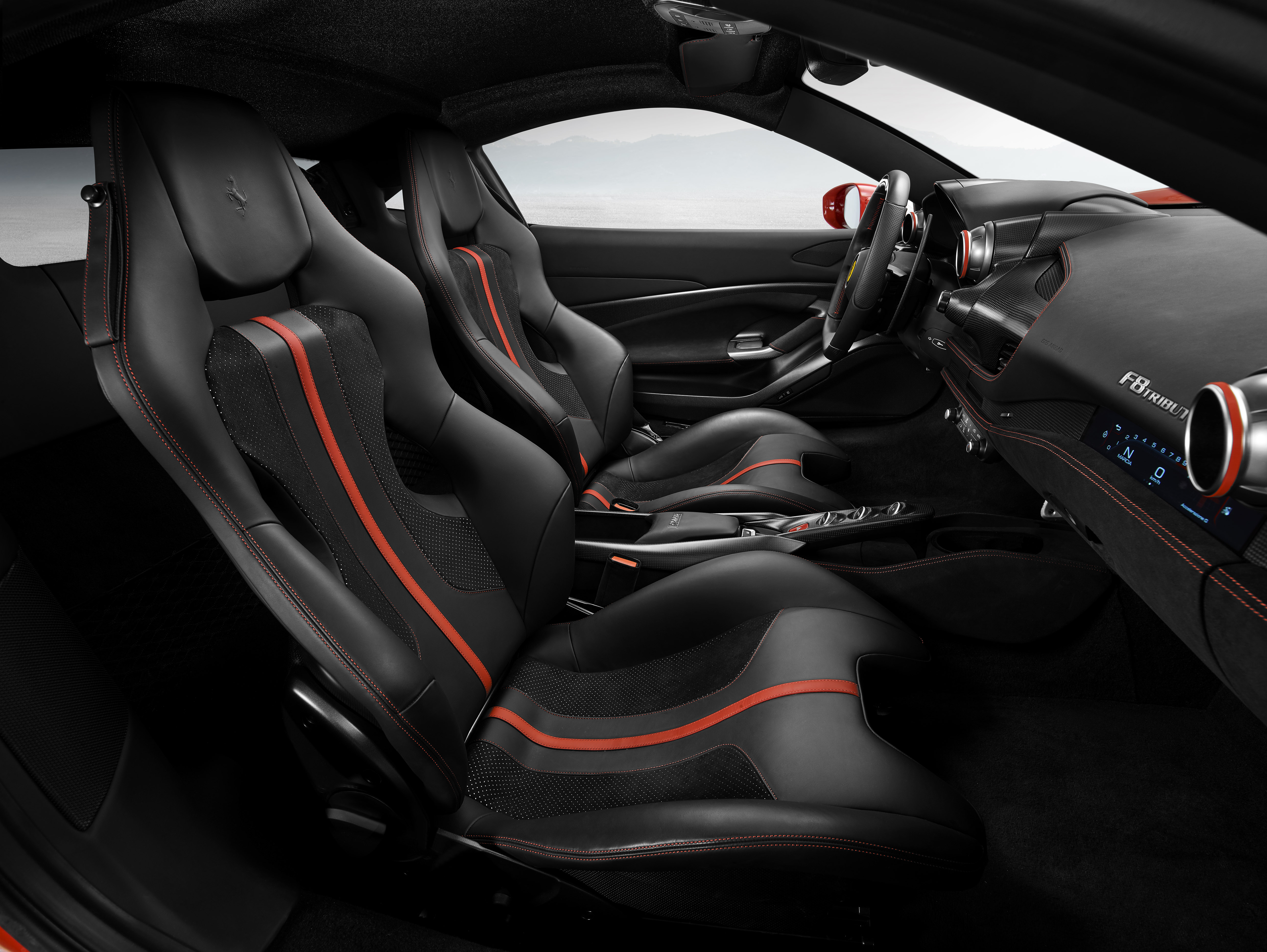